Why must larger animals have an efficient respiratory system?

As their size is large, they need more energy.

Respiratory system supplies respiratory gases to an organism. Large animals are mostly mammals and reptiles among vertebrates. There are only giant squids in invertebrates.

Thus, please remember that a large animal must have a closed circulatory system and a highly efficient pumping device i.e. heart to supply blood carrying oxygen to all tissues along with an efficient respiratory system.

An efficient respiratory system means it must offer a large surface area of diffusion between alveoli of lungs and blood capillaries. That design is perfected only in mammals.

This would ensure supply of more of oxygen to each cell of body. This helps in maintaining a constant body temperature , as in mammals. 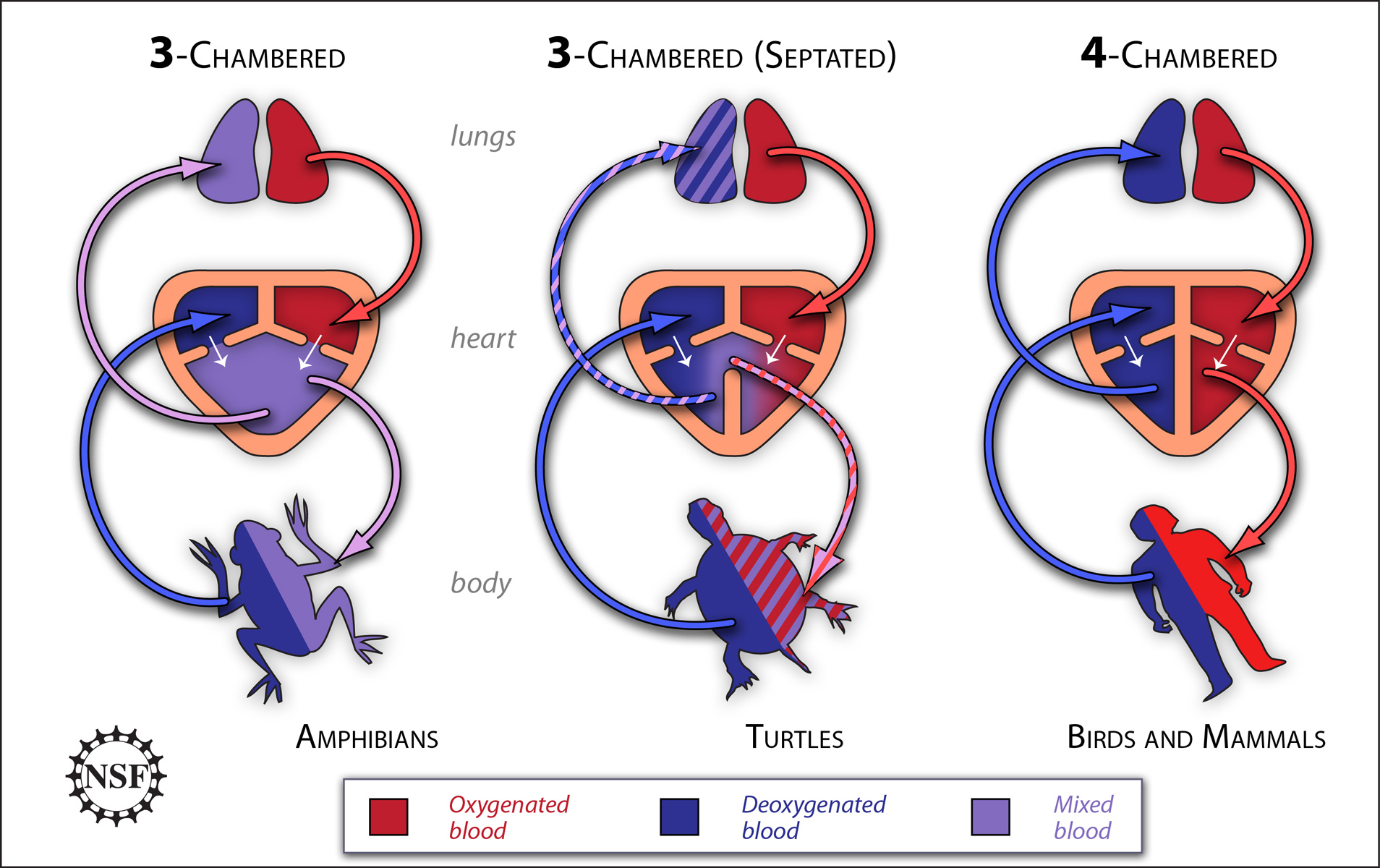 Most efficient respiratory and circulatory systems together help even a 100 ton blue whale to live an active life in cold oceans.

You must note something interesting regarding size of an animal and its average breathing rate: latter decreases with size. Same is true for resting oxygen consumption/kg of body weight. Moreover large bodied animals allow diffusion of oxygen in blood at a slower rate.

See all questions in Animal Behavior

3170 views around the world